Home ROTAX GREAT PERFORMANCE OF THE NEW DD2 CHASSIS WITH WICKENS, CARIATI AND STOJKO AT THE US OPEN OF LAS VEGAS
ROTAX
November 7, 2015 David Martin-Janiak 0

GREAT PERFORMANCE OF THE NEW DD2 CHASSIS WITH WICKENS, CARIATI AND STOJKO AT THE US OPEN OF LAS VEGAS 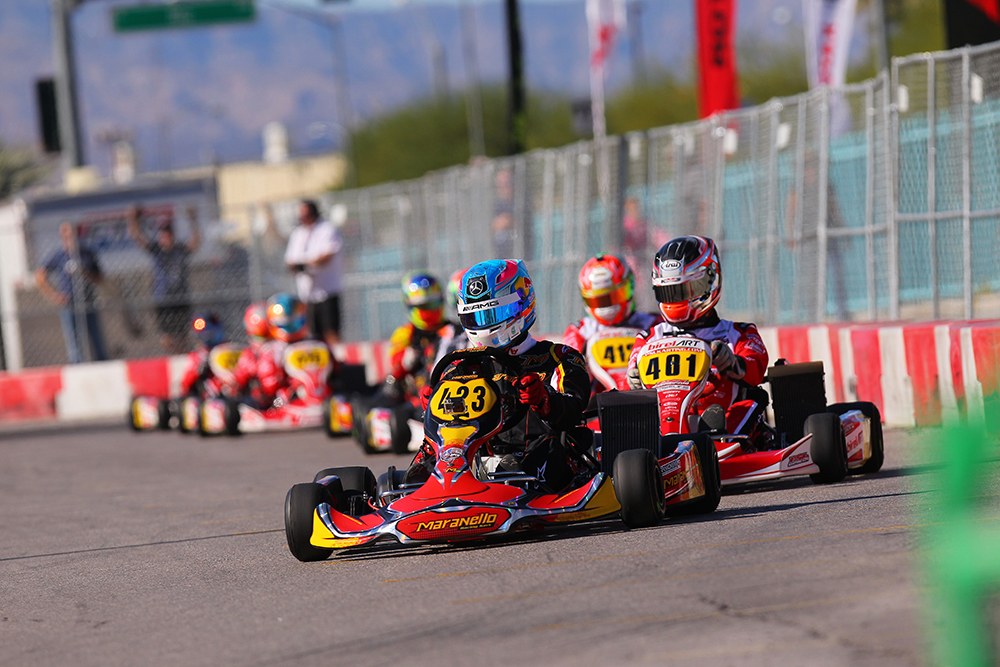 Maranello Kart chassis have taken the limelight also in Las Vegas’ third and final round of the US Open. The new DD2 chassis has in fact displayed great speed since the beginning with the third absolute place obtained by Robert Wickens and a winning one-two in DD2 Master with John Cariati and Elvis Sojko.

The Canadian driver Robert Wickens has been shining since the beginning at the circuit built on the premises of the Rio All-Suite Hotel and Casino of Las Vegas, Nevada. On track with team Prime Motorsport led by Trevor Wickens and with the support of Alessandro Levratti from the Italian factory, he secured the fourth time in qualifying and the absolute fifth place after the heats. Wickens managed to get the lead early on in the Final, and then confirmed his place among the protagonists. Following a red flagging period, Wickens has kept fighting for the victory taking the lead but a lively positions exchange in the closing laps saw him slipping down by a couple of places. He nevertheless secured the third step of the podium, a result that confirms the great competitiveness of the new Maranello Kart DD2 chassis.

Another Maranello Kart driver, John Cariati, had the upper hand in the final sprint to the victory of DD2 Master, proceeding team mate Elvis Stojko.

Robert Wickens ended third behind Ferenic Kancsar and Jake French in the final classification of the US Open Championship, while John Cariati won the DD2 Master as Elvis Stojko was third.