Home ROTAX JAK CRAWFORD WINS ROTAX CHALLENGE OF THE AMERICAS IN SONOMA AND ANNOUNCES PLANS FOR REMAINDER OF 2016 AND 2017
ROTAX
April 15, 2016 David Martin-Janiak 0 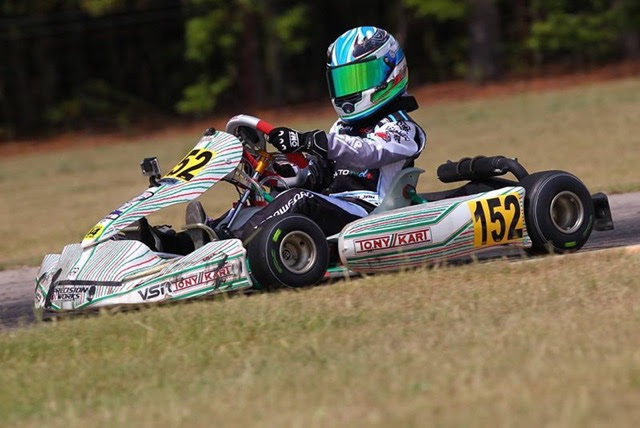 Jak Crawford travelled to the Simraceway Performance Karting Center in Sonoma, California two weekends ago for the final round of the Rotax Challenge of the Americas with the goal to test for the upcoming United States Rotax MAX Challenge Grand Nationals (USRMCGN). When the dust had finally settled and the last checkered flag had flown, Jak walked away with two Rotax Mini MAX victories and a near sweep of the weekend racing under the Rolison Performance Group (RPG) tent. Yet, there is clearly more work to do in preparing for another Grand National Championship and the work behind the scenes is formalized with this announcement.

“We are happy to plug in a high-level champion, Jak Crawford, into our competitive format at Koene USA,” explained Koene USA Team Principal Mike Maurini. “Jak finished third in the Mini MAX class at the Grand Nationals last season as a rookie all while pulling double duty in two classes over the weekend. We have to move him up two steps on the Mini MAX podium to meet our mutual goal.”

Team Koene USA will look to shore-up Crawford’s Rotaxian ways after a slow but rebounding start in 2016.

“Some partnerships I set up for the Florida Winter Tour didn’t work out for our Rotax program,” added Tim Crawford, father of Jak. “We went to Sonoma last week with Rolison Performance Group and had a phenomenal weekend with their high-quality team. However, the truth is we had already given our verbal commitment to Koene USA. We will continue to co-utilize RPG power-plants throughout the year and are very fond of Mike Rolison and his team.”

The highly-decorated ten-year-old who turns eleven soon, “Jetpak” Jak, will see his final “Mini” class racing action in 2016 as he moves to Junior level racing next year in 2017. Jak has already been training with Junior level racing setups in Houston, Texas with Tim Lobaugh of Trackside Karting Services.

The plan is to compete at stateside Junior races in 2017 and move increasingly more to European Junior level racing the two following years. “I want to win Junior races in Europe someday so I am giving up my final years of Mini racing,” says Jak. The young, hot driver from Texas understands that Junior wins will be hard to come by as a rookie in 2017 so he plans to make the most of his final year of Mini racing career in 2016.

Jetpak’s 2016 Superkarts! USA (SKUSA) racing pursuits will be with his long-standing team, Nash Motorsportz, on his Energy Storm chassis, and he will join the Energy Racing Team in Italy later this fall. Jak looks forward to his final four Rotax Mini MAX races and is appreciative of his new opportunity that has been created with Team Koene USA.

For more information on Jetpak Jak, or to place sponsorship or calendar inquiries, please contact Nikki Crawford at nikocraw@gmail.com. Also, be sure to like Jetpak Jak Crawford on his Facebook page atwww.facebook.com/jetpakjakcrawford.