Mission accomplished for Sodi at the Rotax Grand Final at Portimao 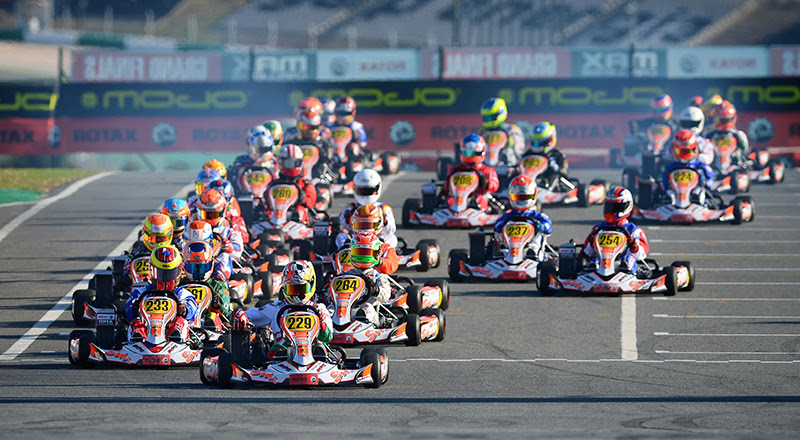 A lways in evidence at the major events, Sodikart has made a point of taking on the difficult challenge of providing karts for two of the four categories competing in the 2015 Rotax Grand Final. It’s now time for assessment, and the French company is satisfied that it has fulfilled its mission with exemplary professionalism over the ten days at Portimao. The drivers’ enjoyment, made manifest by many glowing testimonials, was the biggest reward for the world number 1 in karting.

No fewer than 154 complete Sodi karts, ready to run, were prepared by the technical staff for the 16th edition of the Rotax Max Challenge Grand Finals this year in Portugal. 2015 marked the sixth consecutive year of collaboration between Sodi and BRP Rotax, with the French brand this year taking care of the DD2 Masters and Senior Max categories.

«We can be proud of our services at Portimao in more ways than one,» said Bertrand Pignolet, the CEO of Sodikart. «The Sodi Sigma RS and DD2 chassis have fully met the expectations of the most demanding drivers and we experienced no major technical problems on the 154 karts available. I congratulate the members of the Nantes production team as well as the staff in Portugal for the quality of their work.

Sodikart has again emphasised its determination and its ability to provide reliable and efficient equipment. Sodikart also thanks BRP Rotax for its confidence.» Preparing materials used the skills and high-tech equipment of the French company within its ultramodern plant. The logistics of such a global event was perfectly controlled by Sodikart who managed both to put everything in place for the big day and throughout the event, despite the sometimes hectic racing, the thoroughness and professionalism of Sodikart allowed competitors in the DD2 Masters and Senior Max categories to compete in optimal conditions.

The French brand again increased its level of organisation by providing a spare parts sales area and a technical area equipped with all the necessary tools. In the showroom, the Sodi Racing and Rental lines were on display alongside its international distributors.

Alex, the Italian, dominated the Senior Max Final after winning the Prefinal. The American Lucas Selliken took 2nd position ahead of the South African Jordan Sherratt after a breathtaking battle. The fight was even harsher in DD2 Masters with New Zealand’s Ryan Urban and Dutchman Jim Ringelberg emerging in the top two positions ahead of the Argentine Gabriel Zughella, after the leaders Michael Stephen (USA) and Antti Ollikainen (FIN) crashed after a few laps. After the races, Sodi again achieved perfection by managing the return of karts in a very short time after the last few races, thanks to the mobilisation of an impressively efficient team. During this last phase, Sodi was distinguished by applying a very reasonable policy regarding billing for damaged parts.

The French company considers that the Rotax Final is primarily a great opportunity to present and try out its products, rather than trying to take a small profit in the short term. The extremely positive 2015 Rotax Grand Final in nevertheless marked by the attacks that bereaved Paris during the event. On Friday evening the gravity of the situation showed on everyone’s faces and a tribute was paid to the victims Saturday afternoon after the drivers’ presentation.