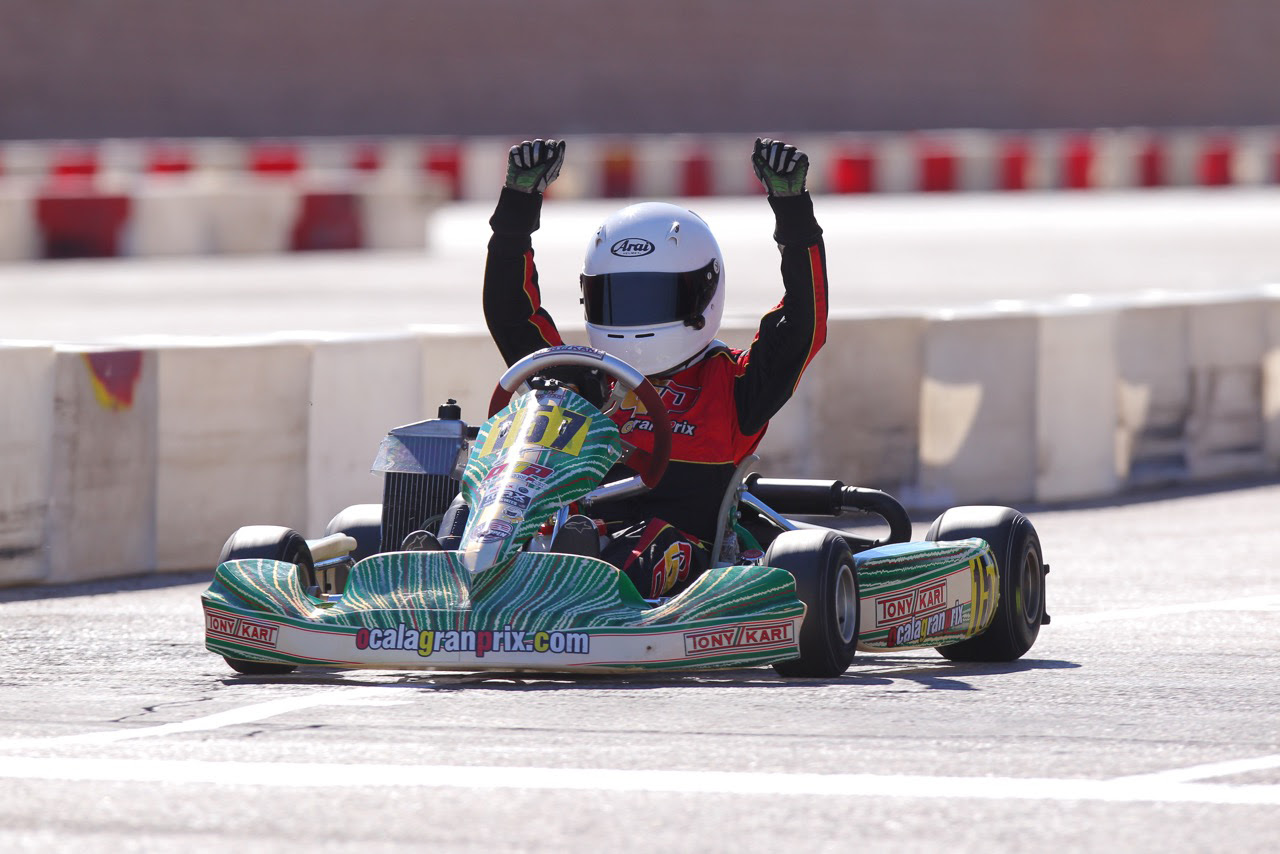 0
0   0
“OGP driver claims the top spot at the Rio All-Suite Hotel and Casino”
Not competing in the US Open program all season, Ocala Gran Prix driver Tyler Gonzalez made the cross country trek to Las Vegas, Nevada and won big to close out the season. Improving throughout the weekend, Gonzalez claimed the checkered flag in the Rotax Mini Max class to be named the US Open of Las Vegas Champion.
“I am very happy,” explained Gonzalez. “I knew that we had the speed from day one but it is very hard to stay out of trouble on these temporary circuits. I have to thank my family, my team and all my supporters for their help all season long.”
After qualifying in the fourth position, Gonzalez improved in the first heat race and never looked back. Taking all four heat race wins and accompanying pole position for Saturday’s championship event, the Tony Kart driver drove away from the field in dominating fashion to score another victory on the 2015 season.
“Tyler drove a great race and flawlessly all weekend long,” explained his father Alberto Gonzalez. “The Mini Max class has become remarkably close and tough to win in, and we could not be happier.”
Tyler would like to thank the entire Ocala Gran Prix team, Jorge Arellano and Nate Grindell for letting him become part of their family and giving him great equipment. A huge thank you to Mike Speed for his tuning, coaching and mentoring and to his mechanic Bo for all the hard work and dedication.
For more information or sponsorship opportunities on Tyler Gonzalez please contact Alberto Gonzalez at 407.466.9083or via e-mail to superiorcoatingsystems@yahoo.com.
tags: Ocala Gran Prix Tyler Gonzalez
previous FFSA : CHAMPIONNATS DE FRANCE MINIME, CADET ET FÉMININE À AUNAY-LES-BOIS
next Le Team France et ses 9 pilotes à la conquête de la victoire