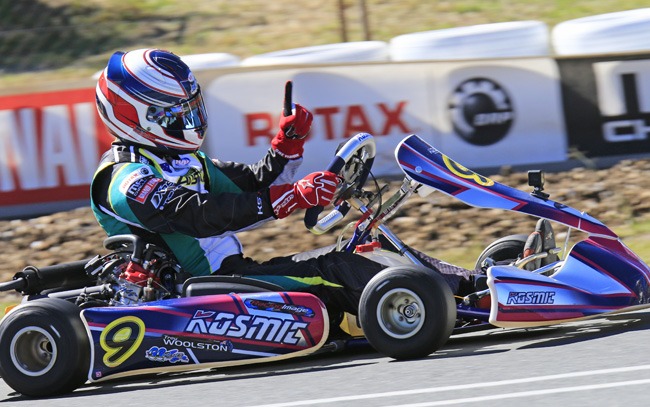 Victorian’s and the local drivers have walked away with the spoils at the third round of the Rotax Pro Tour at Ipswich’s Willowbank Raceway today.
Yesterday’s strong start in Junior Max by Harrison Hoey continued today with the Comp Kart Australia driver scoring the pole position from this morning’s Pre-Final then converting that to a Final win this afternoon. The last few laps saw him pushed to the wire by Gold Coast-based Ricciardo Kart driver, Lachlan Hughes. Hughes got himself into second position after a move on Jac Preston with two and a half laps to go. Hughes punished what was left of his MOJO tyres to close the 0.8s gap between himself and Hoey to 0.1s at the end, whilst Preston was awarded third. It was a huge win for Hoey and the Comp Kart team which will give him massive confidence for the rest of the season. 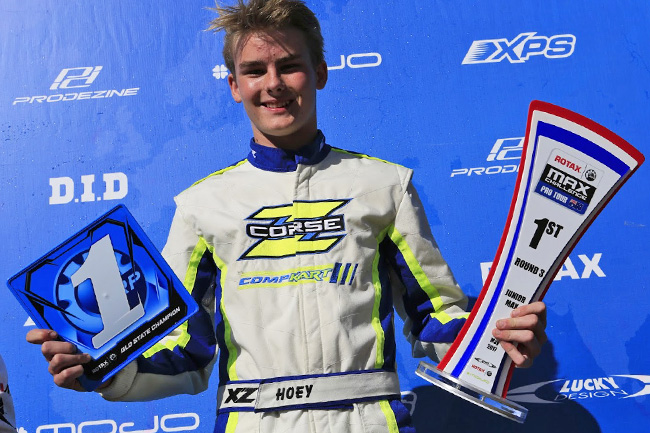 Above: Harrison Hoey was all smiles after being victorious in Junior Max (Pic: Coopers Photography)
Chris Farkas led an Ipswich Kart Club trifecta in the Rotax Heavy category. After being challenged at the first corner by Kris Walton, Farkas calculated his move past the former V8 Utes Champion and then comfortably eased away. Walton came home in second position whilst Jarad Neinert put up a spirited fight in third. He pushed Walton through the mid-part of the race and came through for a solid podium in the end. 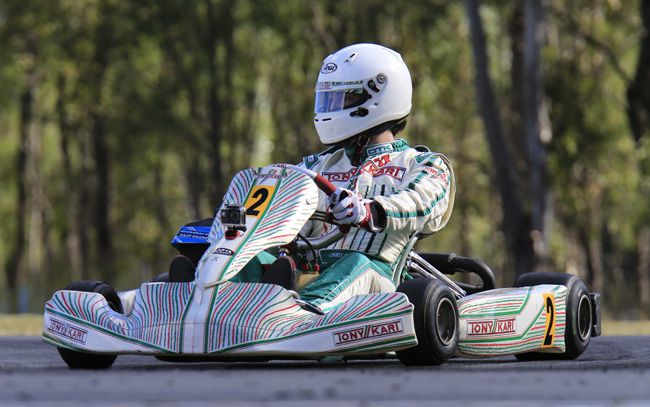 Above: Chris Farkas successfully managed to retain his blue plate for another year in the Rotax 125 Heavy category! (Pic: Coopers Photography)
Walton emerged from the weekend with two second placed trophies having raced in the DD2 Masters category as well. The Queenslander led much of the race before a charging Troy Woolston scythed his way through the field from 10th. Despite winning the Pre-Final, he was pinged by officials post race and was forced to start further down the field. The Victorian built his speed to the point where he eased past Walton only to see Walton respond and take the final to the chequered flag. Troy Bretherton – another Ipswich regular – came home in third placing.

Multiple Australian Champion, Bradley Jenner took his FA Kart to the win in Rotax Light. It was a hectic few laps to get underway with a number of positional changes early in the race. Jenner emerged in the lead and left the action to take place behind. Pole-sitter Cameron Longmore (Kosmic) held on for second position, whilst Kiwi star, Josh Hart brought his CRG home in third position after a strong battle for the final podium spot with local driver Troy Morrissey that raged for much of the 20-lap race. 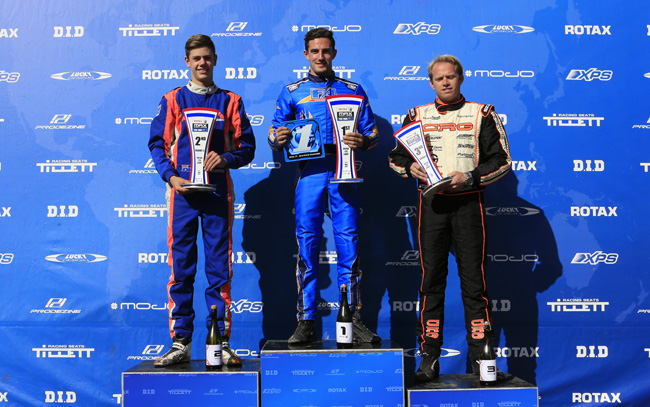 Above: Brad Jenner returned to the top step in the Rotax 125 Light category, with Cameron Longmore and Kiwi Josh Hart rounding out the minor placings (Pic: Coopers Photography)
In DD2, Series front runner, Kosmic racer Joshua Fife struck back to form with a solid win. New Zealand-based pole-sitter, Josh Drysdale put up a strong fight, however didn’t have the pace in the end to take the fight to Fife – who’s been in strong form around the country for the Tom Williamson Motorsport outfit. The Kiwi would come home in second position in front of New South Wales Exprit driver, Nathan Tigani. Sydney-sider Joshua Car came home in fourth position. After dominating much of yesterday’s racing, Car appeared to have the Pre-Final shot to pieces before losing pace with a few laps to go. He salvaged 10th position, charged into fifth within three corners of the Final and did his utmost to push for the podium. 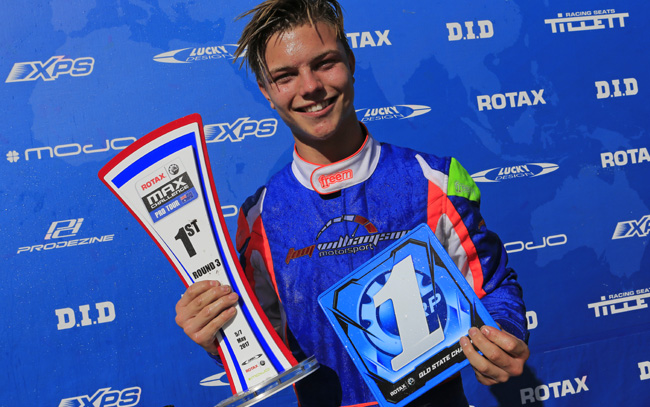 Above: Joshua Fife also returned to winning form to extend his lead in the DD2 Series Points (Pic: Coopers Photography)
Junior Max Trophy fell the way of Russell Mayo for the second event in succession. The battle for the minors was strong throughout the Rotax Pro Tour’s single make category. Connor Roberts came home in second, however a post race startline infringement dropped him to fifth, elevating Angus Wallace to second and Jacinta Hoey to third.
Hugh Barter took his first Rotax Pro Tour win after a race long fight. He and fellow Praga chassis mounted driver, Jack Westbury swapped the lead right throughout the 17 lap race with James Wharton playing his part in the early runnings. The two Victorians pulled clear of the third placed battle which EVO Kart driver, Adrian Haak had joined. Whilst they battled, Haak leapt above Wharton to finish third. 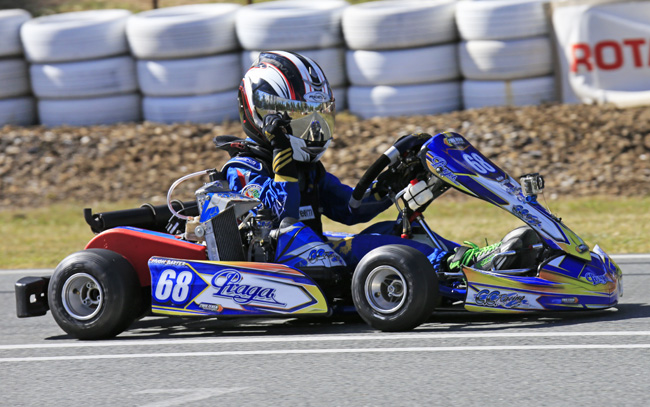 Above: Victorian Hugh Barter grabbed a solid win in the Mini Max class (Pic: Coopers Photography)
In Micro Max, Harry Arnett struck back after a last round non-finish to comprehensively record victory. Jake Rutkowski’s EVO Kart got the jump at the beginning, however Arnett pulled down the time within a few laps and secured the lead. Rutkowski then entered a race long battle with Jordan Ensbey (CRG) and Kristian Janev. Janev spun late in the race while aiming for a podium, while Ensbey moved into second following a post race penalty that was applied to Rutkowski, dropping the EVO Kart driver to third.
It ends what has been another fantastic Rotax Pro Tour event – the Pro Tour next fires into life at Coffs Harbour Kart Club over the weekend of June 16-18.