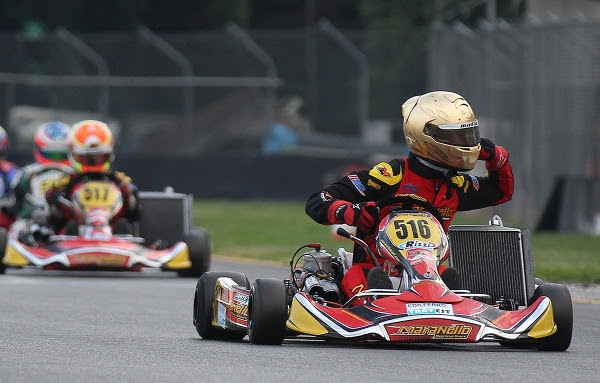 Great results obtained in KZ. Tommaso Mosca and Massimo Dante the two top drivers for 2016. Works team to be managed by SG Race. Maranello Kart’s programme will include not only KZ, but also Rok Cup, Rotax, DKM and X30.

The season just ended has been a particularly positive one for Maranello Kart, that obtained satisfactorily results in national and international competitions during 2015.

“The racing season that goes to the archives has been a great one for us – declared Maranello Kart’s manager Luca Iannaccone – we had a lot of satisfaction in KZ, as foreseen at the beginning of the year. We secured several positive results, even with the introduction of some new drivers. Among these, Tommaso Mosca turned out to be one of the most promising youngsters. We count on taking some further satisfactions in 2016 with him together with our other top driver for the forthcoming season: Massimo Dante. Both drivers will partake in an important racing programme. Season 2015 has been a good year both in terms of racing results and sales. I would like to thank our collaborators and all the people that have put their efforts to achieve these great results, particularly TM Racing, SG Race and Rizzi.”

– What are Maranello Kart’s commitments for 2016?

“The works team will be managed by SG Race with the lead of Stefano Griggio in 2016, while Tiziano Rizzi will coordinate engines management with TM. Regarding chassis, we will employ an evolution of the RS10 chassis in KZ, with some updates codenamed Zuera-B, a new model that has been improved on several fronts and now is even more balanced. We also made some improvements to the chassis of direct drive categories Rotax and OK, making some considerable steps forward with the MK3 chassis in its 30mm tube version. The tests completed gave us confirmation that the chassis works very well in both categories and with different tyres. Among the main novelties ahead of us, our presence with a works team will be extended to Rok Cup and Rotax, starting from the Rotax Euro Challenge.

Regarding the development of our markets, our focus in 2016 will be on Germany where we will also compete in the DKM and France with the presence in the single-branded series Iame X30, but we will also be present in other countries like Spain. A new team has already laid some strong foundations for an important activity in 2016 in Asia. We will also continue our presence in the American market with a Canadian team that will kick off its season with the Florida Winter Tour.”