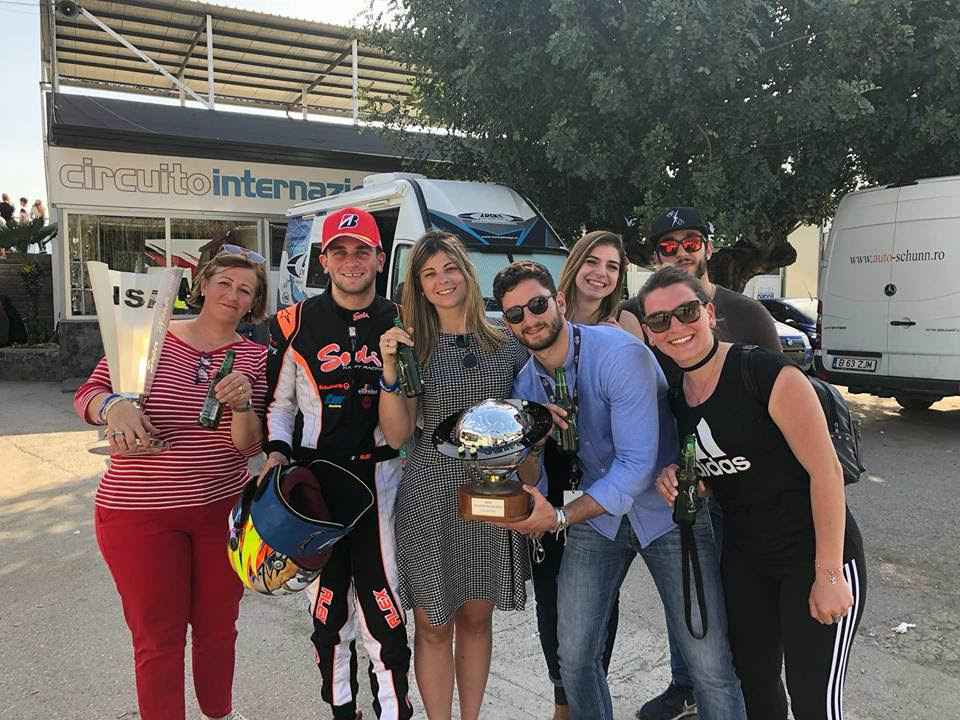 Second only to Marco Ardigò, the Apulian driver Alex Irlando defeats Paolo De Conto and grabs the second position in the series.

It has been a long and tough weekend for the KZ2 reigning World Champ, but in the end it worked out well. In the shadow of Vesuvius, on Friday Alex started qualified 4th while his series rivals Marco Ardigò and Paolo De Conto were respectively 5th and 9th. In the afternoon Alex stepped up to third in the first heat, once again ahead of both rivals. On Saturday, in the second heat, the Sodikart ace made another step forward finishing second behind Matteo Viganò. During the third and last heat, Paolo De Conto found his way to the top and overcame Alex, who recovered the second position two laps later. In the meantime Viganò pulled away from the pack.

In the prefinal Alex started from P2 alongside Viganò. When the traffic lights turned off, Alex shot off and pulled away while behind his shoulders Ardigò and De Conto rounded the top three. The win in the prefinal gave Alex the pole position for the final race in the afternoon, but the start wasn’t good as the one in the prefinal: Ardigò and De Conto went through while Alex held Jeremy Iglesias back. The first three drivers were lapping with similar lap times and the gap between them was less than 2 tenths of second, but De Conto didn’t have the pace to keep up with Ardigò. Alex studied his rival for some laps and he noted that he was faster in the first corner and conseguently on the main straight. He tried to overtake De Conto at the braking point at the end of the straight, but the 2-times KZ World Champ recovered the position crossing the lines. Alex tried once again, but this time he did it. They were in the 11th lap and Ardigò was too far. A few laps later Patrik Hajek overtook De Conto too, who had to settle for the third position in the series.

“I’m happy, but not completely satisfied. As a true racer starting 1st and finishing 2nd is not an incredible result, but I demonstrated that I have the pace to stay at the top and to fight against Marco and Paolo. I’m sorry for the start, it wasn’t a good one. If I was started as in the prefinal, I’d probably have fought against Marco for the final win, but after the battle with Paolo he was too far from me and I had to settle for second. This is an answer to all those people who said that I won in Adria just because I was the only one top driver on the field and because my teammate Anthony got stuck in the traffic… I’d like to thank the Sodikart team, TM Racing Engines, my family, my sponsors and all my supporters that came at the track to give me an extra motivation!”

The next appointment is once again in Sarno, but Alex will drive an OK kart in the CIK-FIA European Championship: “It is a difficult challenge for me, but the opportunity to demonstrate that I’m a versatile driver really excites me! Last year I partecipated to the same race as wild card, and it didn’t go too bad, except for some technical failures. Tom is developing the material and I’ll test it right before the race, so let’s see what happens!”

Here are the full results.