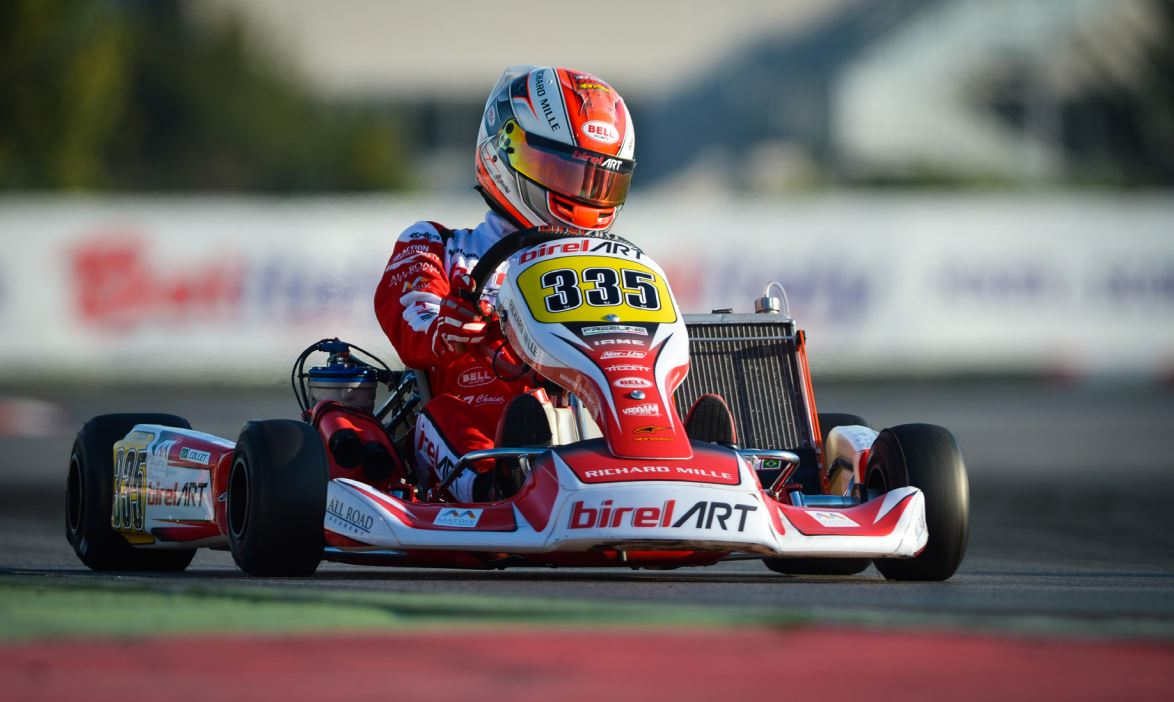 Birel ART has displayed strong ambitions for its Racing Team in 2017 with new TM Racing engines, a restructuring of the technical team, a renewal of drivers and changes to the chassis.

Ronni Sala, President of Birel ART: «This year we have decided to intensify our efforts in KZ, while continuing in the new categories OK and OK-Junior on the start of the 2016 season. We worked hard on chassis development last year and the 2017 versions take advantage of several important developments that will allow us to aim for high targets.

After two seasons of fruitful collaboration with the IAME, whose engines have brought us much satisfaction, we have decided to equip the Racing Team with TM Racing engines for 2017. It was not easy to make this decision because the IAME has always been a loyal partner, but our desire to win in KZ has oriented us towards TM Racing.


The technical management of the two Racing Teams, Birel ART and Ricciardo Kart, is now entrusted to the loyal Rickard Kaell Franchini, backed up by Francesco Binda Beschi. We are thrilled to have recruited such a talented and experienced driver as Felice Tiene. He is one of the greatest current performers and at the same time an outstanding debutant.

We are very hopeful about this new collaboration. As the leader of the team, Felice will initially dedicate himself to KZ, but will also race in OK, notably at the World OK Championship at PFI. His first outings at Lonato have been very positive regarding the quality of our chassis for 2017.

The young Dutchman Marijn Kremers will accompany Tiene in KZ where his great potential should be revealed quickly, while the Swede Alexander Dahlberg will progress in KZ2. For the OK category, we will rely on the Brazilian Caio Collet and the American Michael D’Orlando (Birel ART) and the Swedes Rasmus Lindh and Simon Ohlin (Ricciardo Kart)

We chose to trust four very promising young drivers to defend the colours of Birel ART in OK-Junior, with the Italian Pietro Delli Guanti, the Briton Dexter Patterson, as well as the Venezuelans Alessandro Famularo and Anthony Famularo. Our line-up is not entirely complete, and there are contracts still to be finalised. Rick Dreezen will explore a different path by driving a Vortex-powered Birel ART in the Austrian semi-official KSW team.»


The 2017 programme of the Birel ART Racing Team will start at the WSK Champions Cup before continuing with the WSK Super Master Series and the Winter Cup. The CIK-FIA events of the European Championships, World Championships and International Super Cup will be the most important objective of the season, while some DKM races are also planned.

The TM Racing KZ engines will be prepared directly by the factory under the responsibility of Franco Drudi. The KZ2 engines will be entrusted to Bruno Daldosso, Macháč Motors will ensure the preparation of the OK engines and GFR Engines that of OK-Junior.