CRG HEADING TO GENK FOR THE EUROPEAN KZ AND KZ2 CHAMPIONSHIP 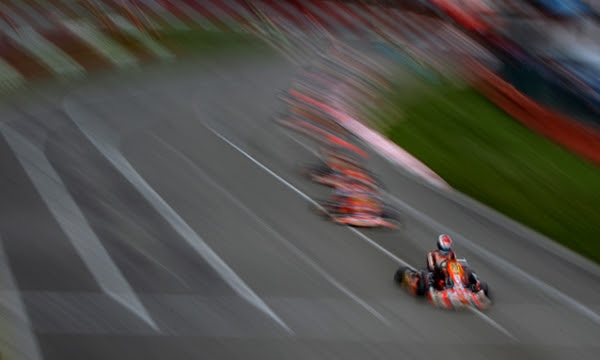 The circuit of Genk is going to house the second round of the CIK-FIA European KZ Championship and the opener of the European KZ2 Championship this coming weekend. CRG is all set to keep its momentum in these two European series.

The first round of KZ has taken place in Sarno and in that occasion CRG Racing Team claimed the victory with Paolo De Conto on CRG-Tm. The Italian put in a bold performance leading all the way from qualifying to the Final. Thanks to this victory, Paolo De Conto is currently on top of the classification at 33 points and he will try and repeat the success of Sarno in Genk. Classification-wise, De Conto is followed by Hajek at 25 points, while team mate Stan Pex is third at 20 points, as the latter came fourth in Sarno and recently won Race-2 at the DKM in Ampfing. Among the quickest of Sarno, Mirko Torsellini was sixth harvesting 10 points that place him sixth in the classification. Equal on points with him at 10 are also Andrea Dalè andJorrit Pex, the latter also coming from a strong DKM race in Ampfing. CRG will also field the French driver Julien Deharte in Genk.

A LOT OF PROTAGONISTS WITH CRG IN KZ2

CRG gets to Genk with a good number of drivers in KZ2 for the opener of the European Championship. The works team will line up Alessandro Giardelli, who has grown a lot in this season and that took part in the KZ round of Sarno. Also among the fields of CRG, the British driver Taymour Kermanshahchi, the Spaniard Enrico Prosperi who has been a protagonist of the Spanish Championship alongside fellow countryman Gerard Cebrian Ariza and the Brazilian Gaetano Gomes Di Mauro. CRG Holland will field the GermanAlexander Schmitz, the Swedes Andreas Johansson and Benjamin Persson Tornqvist, the Dutch drivers Max Tubben and Max Weering, CRG Keijzer Racing the Dutch Kay Van Berlo and CRG Deutschland the GermanFabian Kreim. The French Pierre Lefebvre will also take part in the race.

All results, Live Timing and Live TV will be available at www.cikfia.com andwww.wskarting.it