CRG IN CASTELLETTO FOR THE WSK SUPER MASTER SERIES 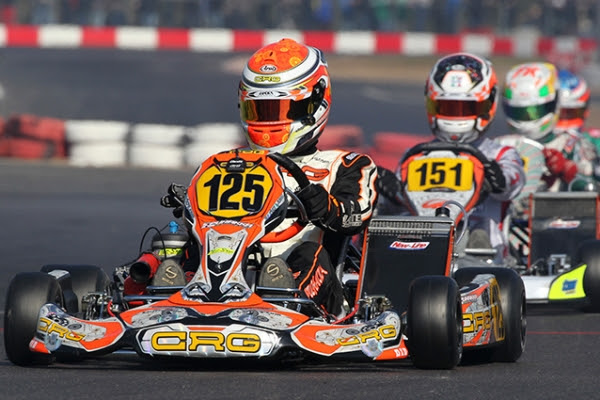 The WSK Super Master Series is about to kick off with the first round of Castelletto di Branduzzo. CRG is going to field the whole works team and some new arrivals, like Teddy Wilson in OK Junior, Hannes Janker and Richard Verschoor in OK. Complete lineup also in KZ and KZ2 with all teams’ champions on track. A lot of CRG drivers in Mini too.

Things are going to get serious with the WSK Super Master Series. This coming weekend the Circuit 7 Laghi of Castelletto di Branduzzo (Pavia, Italy) will house the first round of the international series that will then continue with the rounds of Sarno (20 March), La Conca (3 April) and Adria (22 May). CRG to field its nearly complete lineup.

TEDDY WILSON AT THE DEBUT IN OK JUNIOR


Alongside the competitive Norwegian driver Dennis Hauger, CRG will makeTeddy Wilson debut in Castelletto’s OK Junior, while waiting for the debut of the Brazilian Gianluca Petecof. Wilson has been successfully competing in the British Cadets series and in the past season of KF Junior.

CRG works team for category OK will feature the competitive “trident” made byPedro Hiltbrand, Felice Tiene (third last year) and Paavo Tonteri, that will be sided by the former KF World Champion Tom Joyner who will make it to the track on Zanardi chassis. CRG works team will welcome the debut of the German Hannes Janker in OK, who will be assisted by TB Motorsport’s technicians, while the strong Dutch driver Richard Verschoor, third last year in the KF European Championship, will also make his debut with CRG colors among the fields of CRG Keijzer Racing. CRG Keijzer will also line up the Israeli Ido Cohen and the Dutch Alexander Gaal in Castelletto, while CRG TB Racing Team will bring the German Moritz Horn on track.


HUNTING THE SUCCESS IN KZ AND KZ2

CRG drivers are all set to hunt the success in KZ. Spearheads in this category are the World Champion Jorrit Pex, to be assisted by Pex Racing Team, and the three works drivers Flavio Camponeschi, Paolo De Conto and Simo Puhakka, second in the WSK Super Master last year. European 2014 Champion Andrea Dalè will also compete in KZ as the Dutch driver Dylan Davies, who will be on track with CRG Keijzer Racing.

Stan Pex and Fabrizio Rosati will defend CRG colors in KZ2, while Giacomo Pollini will be assisted by Renda Motorsport, and the Swedish driversPersson Tornqvist and Andreas Johansson by CRG Holland.


A LOT OF CRG DRIVERS IN MINI

Live Timing, Live Streaming and all results will be available at www.wsk.it

tags: CRG OK Engines
previous MARANELLO KART AND TOMMASO MOSCA AMONG THE MAIN PROTAGONISTS OF THE WINTER CUP
next CRG-MAXTER, DE CONTO A MISSILE IN CASTELLETTO!