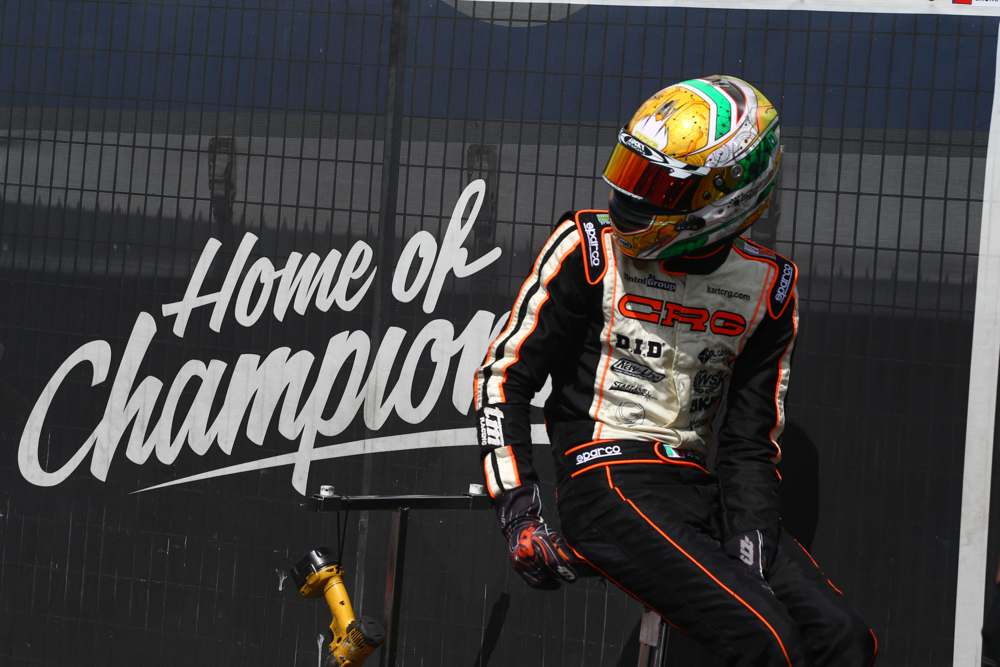 Paolo De Conto on CRG-Tm displayed a great shape at the end of the two heats of KZ in the European Championship underway in Genk. Positions in KZ2’s heats have still to be decided on Sunday morning.

The second round of the KZ European Championship and first round of KZ2 is underway in Genk (Belgium) with good weather conditions that so, as opposite to forecasts that scheduled rain.

A GREAT DE CONTO IN KZ

Genk’s sun has boosted the confidence of all drivers, but at CRG reigning world champion and current classification leader Paolo De Conto has shown to be in great shape also in Belgium so far. After the first “boring” days dedicated to free practice, the atmosphere has been made hot by De Contoon Saturday’s qualifying and in the two heats. Following the eighth time in qualifying, De Conto has been the strongest protagonist of this second round of the KZ European Championship on CRG-Tm. He put in an amazing comeback in both heats, climbing up to the second place.

“I am really happy – De Conto admitted at the end of the second heat – even though I made a mistake in qualifying. An overtake cost me at least two tenths. I would have certainly taken the pole position, but it does not matter. I recovered without any problems in the heats, and from eighth I am second now. Things couldn’t go any better. Let’s see how things are tomorrowmorning. First of all we need to see how the weather is gonna be like, and then I will have to run another heat and the Final. I am optimist, chassis and engine are perfect and I feel very well.”

SUNDAY HEATS TO BE DECISIVE IN KZ2

Thins are still to be decided in KZ2. Among CRG drivers, the fastest of qualifying were the Swede Benjamin Persson Tornqvist who posted the tenth fastest time, the German Alexander Schmitz 17th, both competing for CRG Holland, Fabrizio Rosati 19th with SRP Racing Team, Alessandro Giardelli23rd, with CRG works team. Also with CRG Racing Team, the BrazilianGaetano Di Mauro was 34th in qualifying and the two Spanish drivers Gerard Cebrian Ariza was 36th and Enrico Prosperi 39th. Sunday heats will name the finalists in the morning.

All results, Live Timing and Live TV will be available at www.cikfia.com andwww.wskarting.it