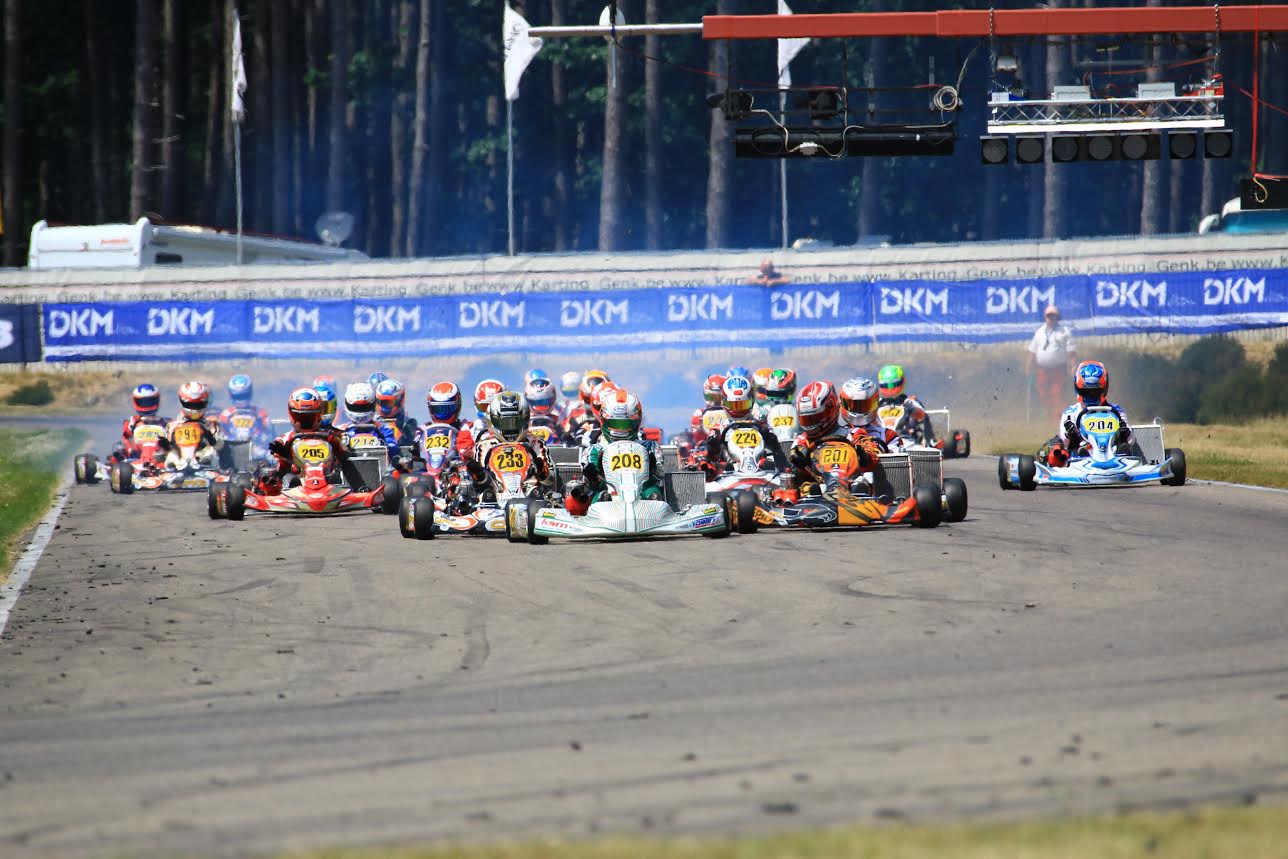 Numerous innovations are waiting for us at the highest German Kart Championship in 2016. In addition to the introduction of the new CIK-FIA classes OK Junior and OK, there is also going to be a second shifterkart class. The DMSB Shifterkart Cup (DSKC) is going to celebrate its premiere and impresses with a strong concept.

The 2015 season has just ended and the DKM is already looking towards the future. After announcing the new racing calendar, the DMSB is now presenting the concept for the first league of German kart racing. Analogical to the CIK-FIA, the German Kart Championship is going to announce the new classes OK Junior and OK. Thereby Germany is going to be one of eight nations to rely on the new aggregations. Nothing is going to change regarding the execution of the German Junior Kart Championship (OK Junior) and the German Kart Championship (OK) though. Analogical to 2015, the two Championships are going to use Vega tires. Numerous non-cash prizes await the best participants and enrollment is limited to 51 drivers each at the beginning of the year.

The biggest changes regard the shifterkart sector. After numerous interviews with drivers and teams, the DMSB has decided to announce the DMSB Shifterkart Cup in addition to the German Shifterkart Championship. The class is supposed to close the gap between the international top drivers of the DSKM and the ambitious drivers from various national championships. “We’ve often heard that lots of drivers like to start at the DSKM but the competition is just too strong. With the DMSB Shifterkart Cup we are now trying to provide these drivers with a platform within the DKM as well”, explains series coordinator Stefan Wagner.

The concept is quite simple: Drivers with an international C-license are allowed to start at the DMSB Shifterkart Cup. Additionally, drivers who have been successful during the past years at the German Shifterkart Championship as well as the European and World Championships are not allowed to start at the DSKC. The exact regulations are going to be presented soon as well as the series instructions.

Enrollment for the DSKC is going to be limited to 34 drivers in the beginning. The best drivers at the end of the year are going to get improved conditions for enrollment at the German Shifterkart Championship the following year. Nothing much is going to change there though. Enrollment is also limited to 34 drivers. Additionally both classes need a minimum of 20 participants. All classes DJKM, DSKC, DSKM and DKM are going to start with Vega tires in 2016 again.

tags: DKM DMSB Shifterkart Cup
previous THE NEW LAYOUT OF THE SOUTH GARDA KARTING CIRCUIT OF LONATO
next The new WSK and KRS calendar is ready with events at the major Italian circuits.