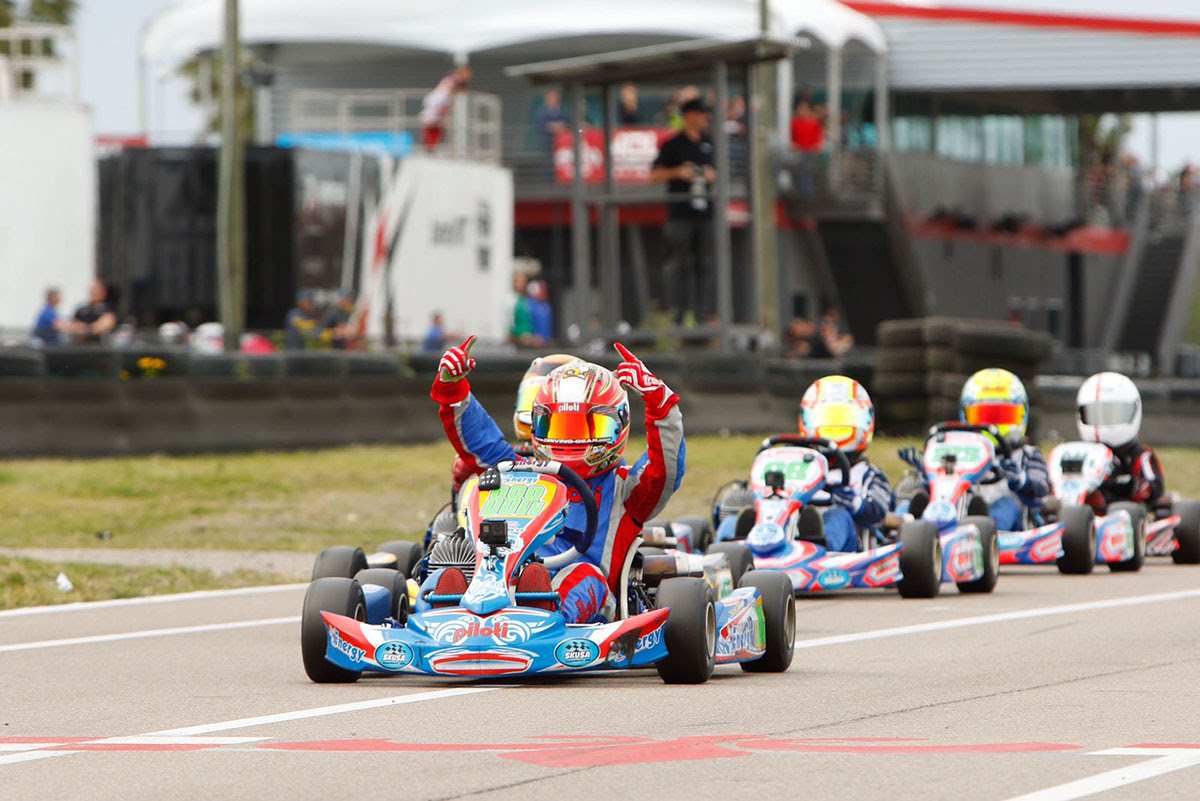 The Energy Corse North America team is primed and ready for their trip to sunny California for the SuperKarts! USA (SKUSA) SpringNationals in Sonoma, California. The team comes into the event with a recent 2017 Mini ROK championship from the Florida Winter Tour ROK Cup. They bring a strong roster of six to the Pro Tour event, including both new and returning drivers. The Energy Corse logo will be on track in both the Mini Swift and S2 categories.

Five drivers will hit the track in Mini Swift, including SKUSA Pro Tour Mini Swift points leader Luca Mars. The 2017 Florida Winter Tour Mini ROK champion scored both main event victories at the opening round of the series, the inaugural WinterNationals in New Orleans, and hopes to earn another win in California. Kai Sorensen, the 2016 Pro Tour Micro Swift champion, will pilot his Energy chassis in Sonoma, pushing for a set of strong results.

Noah Baker will return to the Energy Corse team lineup after making his team debut at the Florida Winter Tour in Ocala in the Micro ROK class, running in the top-three consistently. The Texas pilot will be pushing to make that happen once again, this time in Mini Swift. Chase Gardner and Alex Stanfield will both make the trek from Dallas, Texas to join the team in Sonoma. Stanfield earned a top-ten finish in round one of the Pro Tour in New Orleans. Both drivers will be aiming for top-ten finishes in the competitive Mini Swift field.

Ryan Lankenau will fly the Energy Corse flag in the S2 shifter category. Lankenau joins the team for the first time in Sonoma, making his Pro Tour debut for the year.

Follow the Energy Corse team’s progress throughout the weekend at the SKUSA SpringNationals on their Facebook page: https://www.facebook.com/EnergyCorseNorthAmerica/ .