FLAVIO CAMPONESCHI IS A CRG DRIVER 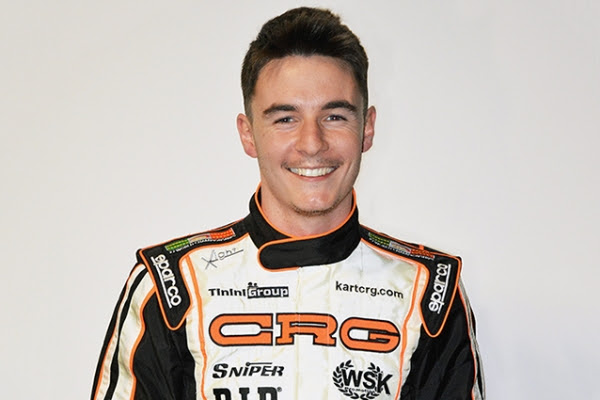 Flavio Camponeschi works driver of the CRG Racing Team from 2016.

Flavio Camponeschi moved to CRG Racing Team. The strong Italian driver, one of the main talents of international karting and fresh winner of the KZ European Championship, is part of the CRG works team from 2016. Camponeschi will compete in the whole international season among the fields of the Italian squad.

“A new experience is about to start – declared Flavio Camponeschi – but I am motivated and also excited for my debut with CRG. I left a great team after 8 years run at high levels on a top class brand, but I found a place at a very strong squad like CRG which is a great opportunity for my future. CRG has been my first objective for the continuation of my career and I managed to reach a very satisfactorily agreement with the President Giancarlo Tinini. I did not have any doubt I would have found highly qualified technical personnel at CRG, but I was happy to see first hand their complete availability and this is a great premise for my forthcoming sporting commitments.”

For more information you can go to http://www.kartcrg.com/en/home/