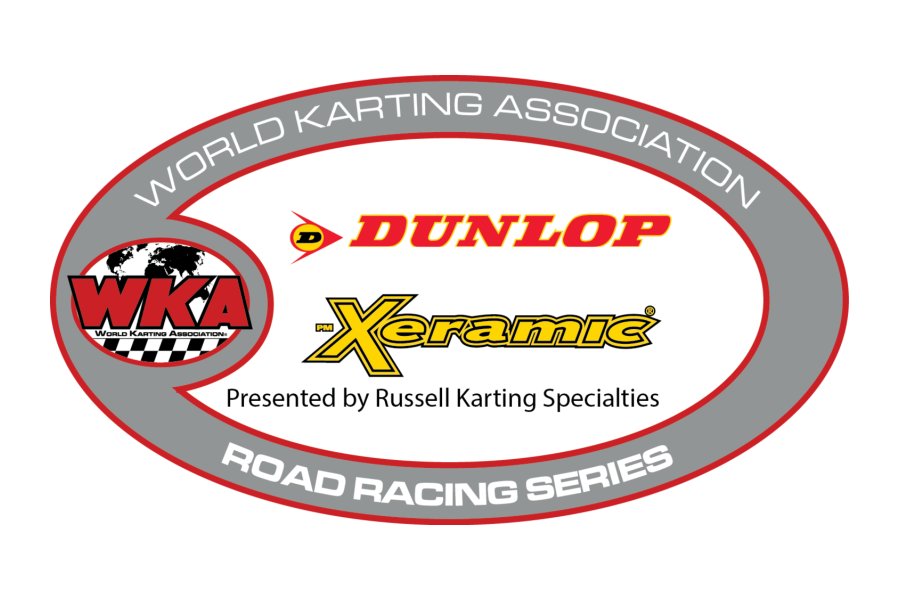 Scorching temperatures in the triple digits all weekend long did not deter a packed paddock area at Virginia International Raceway from putting on some of the best racing of the season to date, as theDunlop/Xeramic National Road Race Series presented by Russell Kartinghosted the Summer Nationals, stop #4 of the 5 race national program.

Clearly leading the way in the competition category was the Hoosier Racing Tire Animal Heavy Class. Scheduled for a 30 minute session on track Saturday, the top 6 karts in the class ran nose to tail, swapping positions constantly for the entire 30 minute period, with the end result a 3 wide finish, with Darlington, South Carolina’s Rob Garland nipping Jonathan Tedder by 0.001 seconds at the stripe, and midwest invader Regan Vehring 0.050 seconds back in third!!! While 6 karts were part of the battle for the better part of the race, the top 3 edged away in the final laps, with Tony Wimmer, David Clevenger, and Robert Garland completing the top 6. Day 2 action for the Animal Heavy Class found Vehring snaring the win over Ben Thomason, Robert Garland, Clevenger, and Rob Garland.

Packed classes were the order of the weekend, with Pascual Torres taking down the Fisher Racing Engines Stock Honda Class Saturday, besting Sky Finley, Stevn Rougeou, Aamir Hyder, and Benjamin Eberhart.  Day 2 found Finley improving 1 spot in the order for the win, with Eberhart, Torres, Hyder, and Collin Johnson making up the top 5.

Here’s a look at the rest of the many weekend winners:

All eyes are now focused on the season ending Grand National event at Atlanta Motorsports Park in Dawsonville, Georgia Sept 15-17, to determine the 2017 national champions. The challenging road course with awesome elevation changes will provide the perfect backdrop for the culmination of the 2017 national racing season.

Entry information for the Grand National event will be out by weeks end. All classes offered at the last two events, including Local Option, will all be made available at the Atlanta event.

On behalf of the World Karting Association, our sincerest thanks to Rodney Smith and the entire Woodbridge Kart Club staff for an excellent weekend, enduring some most brutal temperatures.