The race in the CIK-FIA European Champ standings continues. 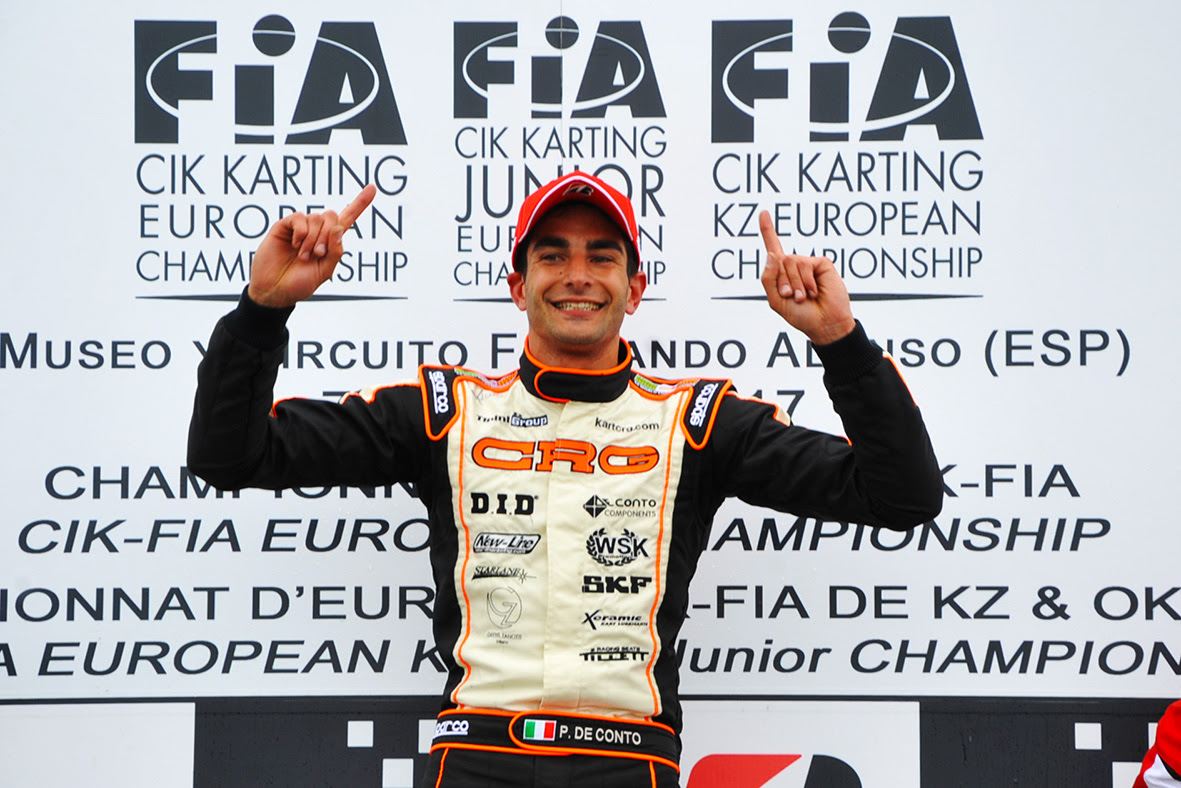 After the round in Oviedo (E) of the CIK-FIA European Champ, De Conto (I – CRG-TM) secures the KZ title. Vidales (E – Tony Kart-Vortex) and Thompson (GB – FA Kart-Vortex) lead in OK and OKJ. The weekend will be dealt with in a special TV report next week, on Motorsport.tv

The circus of the CIK-FIA kart racing leaves Oviedo (E) and heads to Le Mans, in France, for the fourth event of the calendar at the weekend of 2nd July. At La Morgal, where the Fernando Alonso circuit is set, the standings were updated according to the results of the races. The recap of the Spanish round will be aired by Motorsport.tv next week.

Paolo De Conto (CRG-TM-Bridgestone, in the photo on top) in top shape also in La Morgal: he won the Final for the third event in a row. The Italian driver secured the KZ title thanks to an impressive score: 100 points, nearly the 100% of all the available points. Now De Conto is definitely the top driver in KZ: his winning streak dates back to his triumph in the 2016 World KZ Championship. Thanks to the fourth place scored at La Morgal, the second place with 57 points is occupied by the Czech Patrik Hajek (Kosmic-Vortex). The Dutch Marijn Kremers (Birel-TM) is now closer to Hajek, thanks to his brilliant third place in Spain: he is now fourth with 53 points, the same score achievd by his fellow countryman Stan Pex (CRG-TM). The great finale of the championship is scheduled in Sweden, next 30th July, and also the Dutch Bas Lammers (Sodi Kart-TM), fifth with 46 points, stands a good chance after the second place of Oviedo 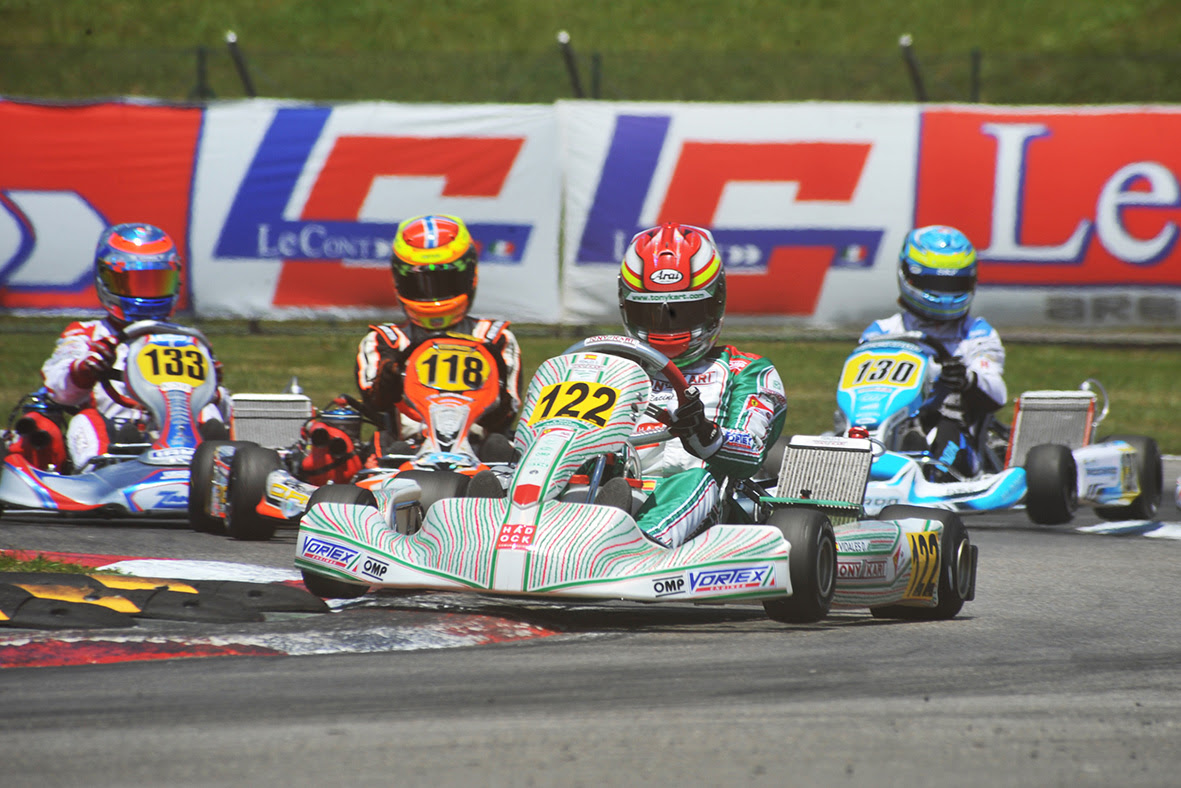 Vidales ahead in OK.

While the public at La Morgal were celebrating with a standing ovation the victory of the Spanish Pedro Hiltbrand (Tony Kart-Vortex-Le Cont) in the OK Final, his fellow countryman and team-mate David Vidales (in the photo above) was smiling on the third step of the podium. Thanks to that result, in fact, Vidales managed to take over the leadership of the category with 45 points, ahead of the English Clement Novalak (Tony Kart-Vortex, second with 37 points) and of the previous leader, the French Theo Pourchaire (Kosmic-Vortex). The latter occupies the third position with 35 points, after a troubled weekend in Spain, where he did not even qualify for the Final. On the other hand, excellent performance for Hiltbrand: his first victory for the Tony Kart team boosted him to the fourth place (30 points), ahead of the Finnish Paavo Tonteri (Tony Kart-Vortex). 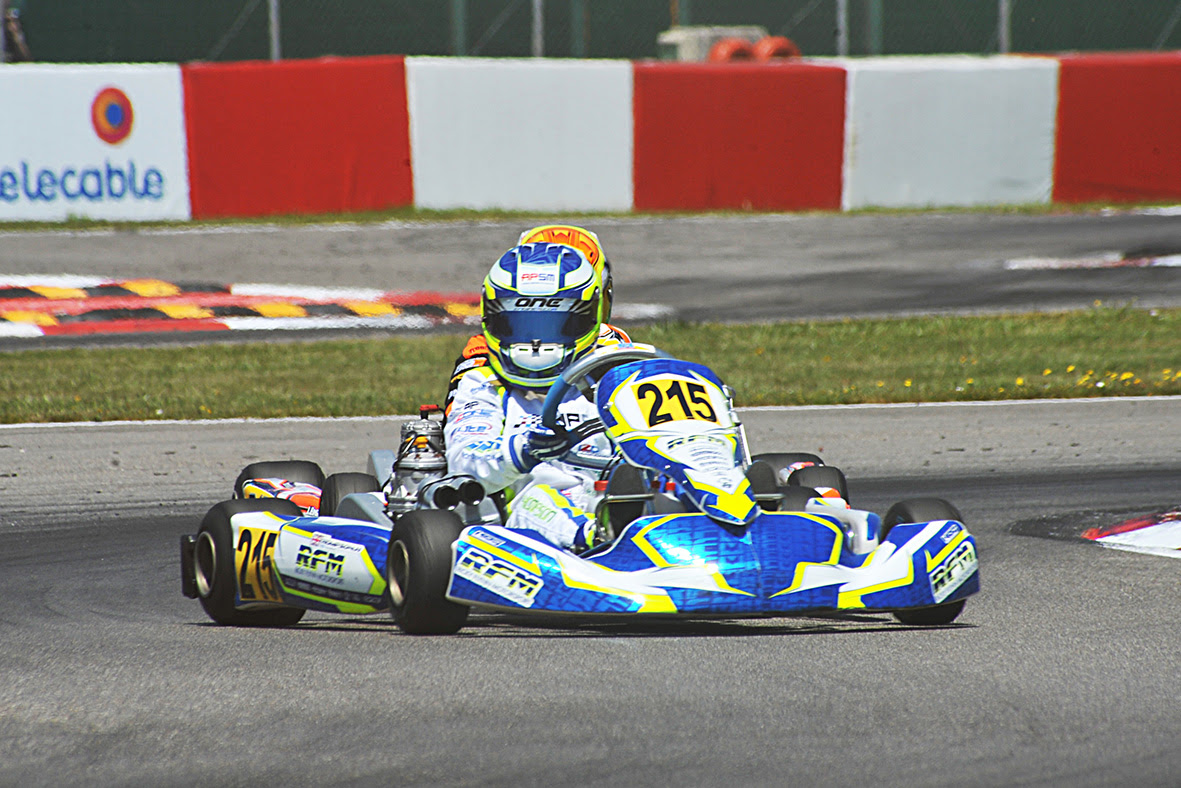 Thompson is the new leader in OK Junior.

The tough battle in the OKJ Final at La Morgal jeoparized the race and the position in the standings of the leader, the English Jonny Edgar (Exprit-TM-Vega): the third place in the Spanish round, on the other hand, allowed his fellow countryman Harry Thompson (FA Kart-Vortex, above) to grab the leadership with 45 p. while Edgar dropped to second with 36. Also the British Cristopher Lulham (Tony Kart-Parilla) gained positions and he is now third (33 p.) thanks to the 2nd place in the Final. Instead, the Brazilian Gabriel Bortoleto (CRG-Parilla) lost ground and he is now 4th with 30 p., followed by the English Zak O’Sullivan (FA Kart-Vortex) with 28. The Italian Mattia Michelotto (Zanardi-Parilla), wins the Final and gains the 6th position with 25 points.