Showdown at the German Kart Championship 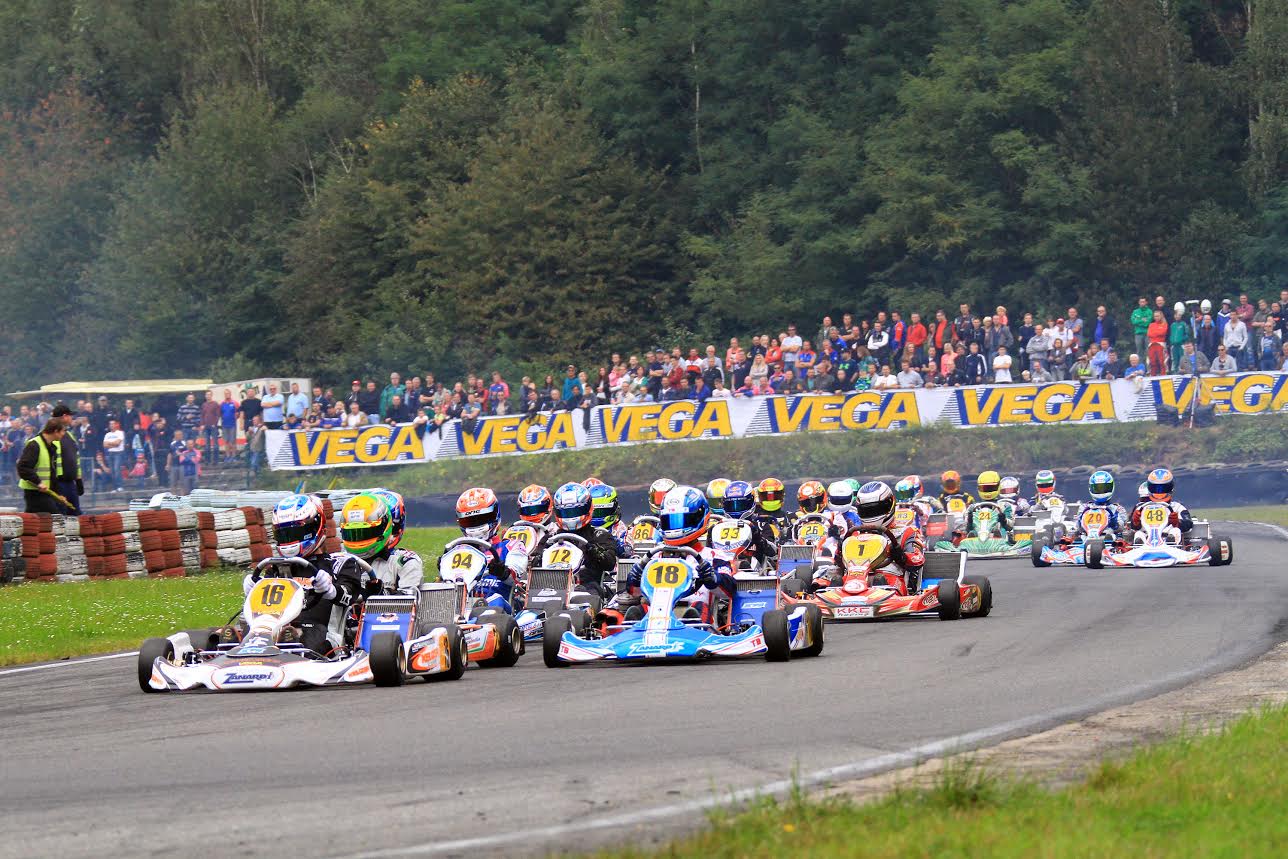 Season finale on the Erftlandring in Kerpen

The time has come: The last decisions of the German Kart Championship are going to be made next weekend in Kerpen. The fights for the titles are still open in all three DMSB grade series which promises lots of excitement. All in all, more than 100 drivers are going to start.

An exciting season lies behind the participants of the German Kart Championship. After the season kick-off in Wackersdorf, everyone travelled on to Genk (Belgium), Ampfing and Oschersleben. The big season finale is now going to take place on the Erftlandring in Kerpen.

The 1.107m long track looks back on a long tradition. Former Formula 1 drivers Michael and Ralf Schumacher as well as the four-time Formula 1 World Champion and DKM patron Sebastian Vettel celebrated their first successes in motorsports in Kerpen. The participants of the three DMSB grades series DKM, DJKM and DSKM are hoping for these as well. Prior to the last ranked races of the year, no decision has been made in any of the classes.

The Erftlandring provides a great setting for the final races and is popular among drivers and teams. “Kerpen is a very special and difficult race track due to its very high curbs. Additionally the grip conditions can increase quickly during summer. It’s still a lot of fun to drive there, especially due to the fact that the track has a unique character”, says DKM driver Andreas Jochimsen.

Since the season kick-off in Wackersdorf (Upper-Palatine) the two Dutchmen Martijn van Leeuwen (CRG Keijzer Racing) and Richard Verschoor (RB Racing) keep switching positions at the top. At the last race in Oschersleben, Verschoor was unstoppable and showed a great performance by achieving a double victory. Both of them are going to start with the same amount of points in Kerpen and are keeping things exciting until the finale. The pursuers can only watch and are going to concentrate on the last available place on the podium. Christian Soerensen (Storm Development) is currently on third place and has the best chances but there are four more drivers close to him. The best German driver Tom Lautenschlager (TB Motorsport Racing Team) is only six points ahead of Andreas Jochimsen (Storm Development) on seventh place. Between them are Manuel Valier and Will Stowell (CRG Keijzer Racing) on fifth and sixth places.

The juniors showed pretty balanced performances this season. There were five different winners in the previous eight ranked races. Overall leader Bent Viscaal (KSM Racing Team) achieved three triumphs. The Dutchman also failed to pick up some points though and is getting into the fight for the title with an advance of 15 points. Max Hesse (RS Motorsport) from Germany is lurking close behind. At the race in Oschersleben the youngster from the ADAC Sports Foundation turned the overall list of rankings around once more and thereby kept his chances of winning the title. David Brinkmann (KSM Racing Team) on third place is not in the fight for the Championship anymore. With a backlog of 56 points his goal is to stabilize the receivable place on the podium. Dane Emil Dose (Storm Development) wants to prevent him from this – the young Dane already won twice during his rookie season. Felix Arnold (ADAC Hessen Thüringen e.V.) completes the top five.

DSKM: Triathlon at the top

With his victory in Oschersleben, Alexander Schmitz (KSM Racing Team) took the lead in the German Shifterkart Championship prior to the finale in Kerpen. The German isn’t allowed to rest though. Davidé Fore (Renda Motorsport) and Jorrit Pex (Pex Racing Team) are lurking on the pursuer positions. Special attention should be paid to Pex. In addition to his four DSKM victories in a row, the Dutchman won the Shifterkart World Championship in the middle of September and is highly motivated to make history with his fifth DSKM success. Things are tight on fourth to sixth places as well. Maik Siebecke (SRP Racing Team) has got 91 points and is therefore only one point ahead of his opponents Dylan Davies (CRG Keijzer Racing) and Guust Specken (PDB Racing Team).

Traditionally, qualifying for all three classes is going to take place on Saturday morning. The heats in the afternoon are then going to set the starting positions for the final races on Sunday. The DKM fans can look forward to 16 hours of live images during the final weekend again. In addition to racing action there are also going to be interesting background stories and interviews of numerous drivers again.