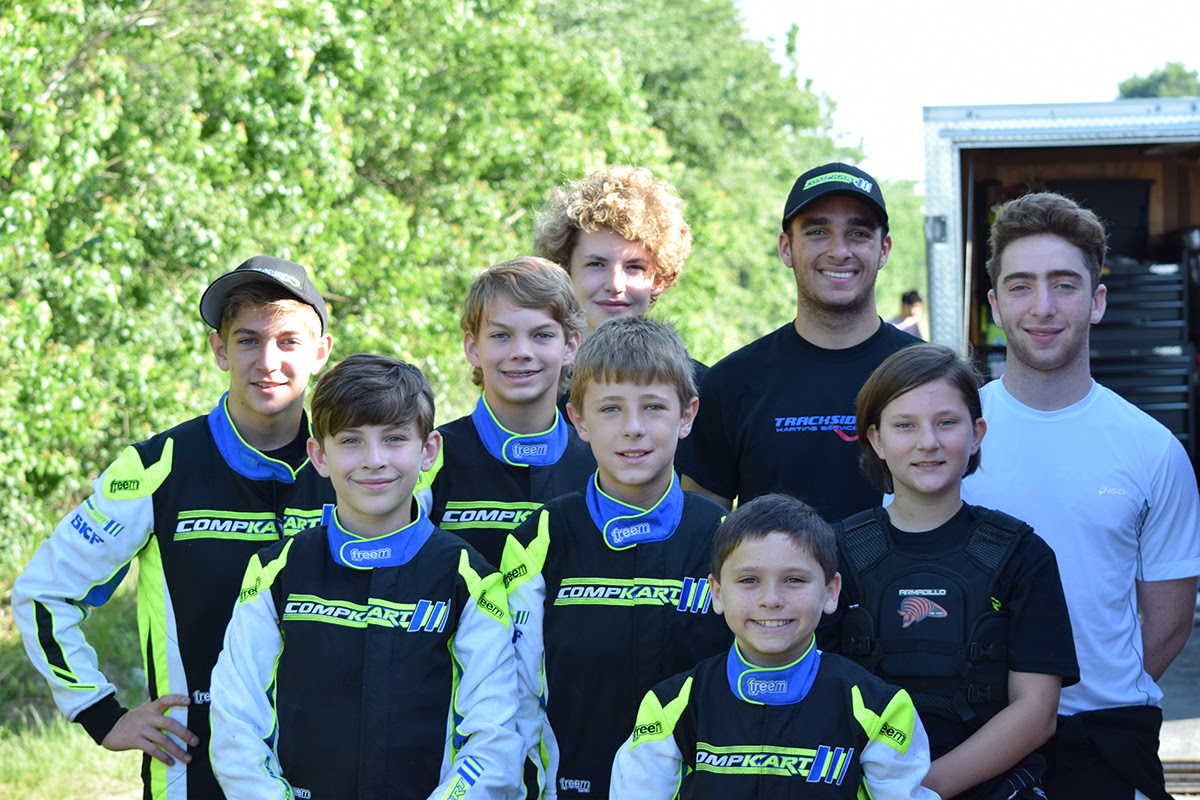 “A win, podium, and multiple top-ten finishes for the Texas-based team”

Trackside Karting Services (TKS) had another strong showing this past weekend at round three of the Texas ProKart Challenge (TPKC) in Katy, Texas. The Texas COMPKART team brought home a win, podium finish and multiple top-ten finishes from the event, continuing to add to their resume for 2017.

Four drivers flew the TKS flag in the Mini Swift category. Davis Cunningham set the pace for the field in qualifying, followed by a win in heat one by a margin of five seconds. The rest of the day brought some bad luck for Cunningham, eventually finishing 18th in the final, but posted the fastest lap of the race by more than two tenths of a second. Teammate McKenzy Cresswell started off the event with a solid seventh place qualifying effort. After some bad luck in the heats, Cresswell started in the 12th spot for the final, working his way up to a sixth place finish. Ryan Shehan qualified in the top-five, and drove to consistent finishes in both heat races. In the final, the talented youngster crossed the line in the seventh position. Rookie driver Hailey Taylor showed speed all weekend, driving back from a crash at the start of the final to finish 13th, setting the third fastest lap of the of the main event.
“There was some drama in the Mini Swift category, and we are very disappointed not to come away with the victory,” explained Trackside Karting Services’ Tim Lobaugh. “It is reassuring that the officials were able to get the right call made as Davis was the driver to beat all day long. A special thank you to Woltjer Racing Engines for the best power and COMPKART for making the weekend easy as the karts were on point all weekend long.”

In X30 Junior, Ethan Arndt swept the day from qualifying to the final, earning the victory in the final by nearly four seconds. Tyler Orum was a top-ten contender in qualifying and heat races. He battled hard in the final, bringing home an 11th place finish. Travis Wiley was also a top-ten finisher all day, gaining positions each session on track. He piloted his COMPKART to a sixth place finish in the final.
Lobaugh added, “The Texas ProKart Challenge has been a good series for us. I am pleased with the improvement and success with all of our drivers. Ethan Arndt raced for maximum points this weekend and now leads the X30 Junior division with three event weekends remaining.”
X30 Senior driver Jeffery Collins jumped back in the seat after two months out of the kart. Collins did not miss a beat, running in the top-ten all day and bringing home a sixth place finish in the final. Teammate David Ilavia contended in the top-five in the competitive senior field, improving his way up to a third place podium result in the final.

TKS would like to thank Woltjer Racing Engines for their support. For more information onTrackside Karting Services, COMPKART or to participate with the Texas based team, please contact Tim Lobaugh at 269.519.7593 or via e-mail to TracksideKartingServices@gmail.com.
tags: COMPKART Davis Cunningham Hailey Taylor TRACKSIDE KARTING SERVICES
previous CRG CLAIMED ITS 47th EUROPEAN CHAMPIONSHIP IN SPAIN
next CANADIAN KARTING CHALLENGE TAKES ON LAUNI MINDBENDER LAYOUT WITH HUGE SUCCESS