The first act of the World Championship in Le Mans. 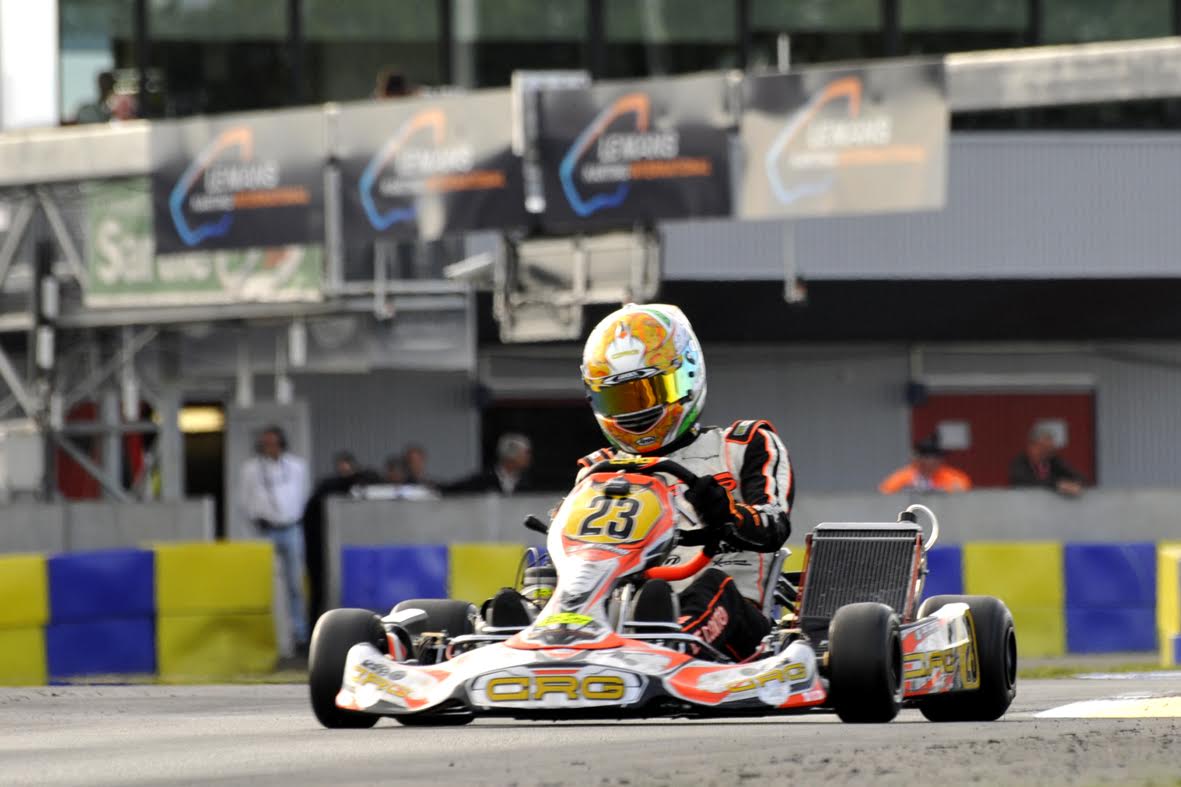 It was qualifying time today at the Le Mans Karting International, in the CIK-FIA World KZ Championship, the CIK-FIA Int. KZ2 Super Cup and the third and last round of the Karting Academy Trophy. The event is particularly appealing for the young drivers taking part in the competition, given that their circuit is right next to the world renowned facility home to the 24 Hours of Le Mans. The spirit that pushes these young drivers to do their best is the same we find in more experienced and more famous drivers. That’s why today’s hunt for the pole position was particularly gripping: the Italian Paolo De Conto (CRG-Maxter-Bridgestone), the French Nicolas Gonzales (Sodi-TM-Le Cont) and the Belgian Ugo De Wilde (Parolin-Fim) set the best time and made their bid for victory right in front of a very special spectator: Daniel Ricciardo. The F1 Red Bull’s driver assisted to the qualifying session from the stand, with his usual satisfied smile. The same smile will be on the faces of the many fans who will decide to watch the Championship on the Internet thanks to the live streaming on cikfia.tv and cikfiachampionship.com, or on TV thanks to the delayed broadcast on Motors TV. The European network will air the event on Sunday 13th at 05.55pm (on the Europe and France channels) and at 04.55pm  (UK channel), with reruns in the next two weeks.

Gonzales throws down the challenge in KZ2.

On his home circuit , Nicolas Gonzales seems to be at ease. In his session he set the best time with 51”153, beating the Spanish Pedro Hiltbrand (CRG-Maxter-Le Cont) who set an excellent time at the beginning of qualifying (eventually he was 65 milliseconds slower than his fellow countryman). Good performance for the German Tom Josef Lorkowski (Righetti-Ridolfi-Modena-Le Cont), third at 74 milliseconds, ahead of the French Pierre Loubere (Sodi-TM).

Ugo De Wilde is the fastest in the Academy Trophy.

He is the youngest but he showed all his skills: the Belgian Ugo De Wilde, with 56”082, is the pole-sitter. He was almost two tenths faster than the Lithuanian Kasparas Vaskelis. Third position for the British Callum Bradshaw, ahead of the current leader of the standings, the Spanish Marta Garcia Lopez (all on Parolin-FIM-Bridgestone).